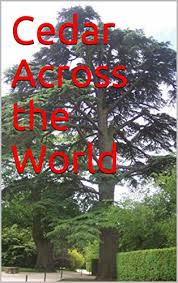 Cedar Across the World – Barbara Bridgford

Spiritualism and Mediumship tends to polarise opinion. Some dismiss it as invention, yet the numbers who attend Spiritualist Churches, and Psychic events are such that those in support have significant numbers too. Many of the beliefs are reflected in mainstream religions across the world, and in this country there is a strong tradition of Spiritualism alongside the major religions.

Barbara Bridgford is a Spiritualist and Medium who has practised around the world, as well as locally in the Midlands. Cedar Across the World is not written as a starter book for those wishing to explore this community, instead it is a bold and candid statement which will intrigue, and shock in parts.

Humanity has always enjoyed an ambivalent relationship with those who claim psychic powers. There has always been scepticism, balanced with a preparedness to consider what is being said “just in case”. In Roman times several Emperors would barely move without consulting augurists and soothsayers, the medicine man is part of many tribal cultures in Africa and the Americas ,as are High Priests with divine insights. Historically it has been a high risk calling, get it right and you are a hero, get it wrong and you tend not to be alive for the next time.

In England it is easy to forget that the Witchcraft Act of 1775 was on the statute book until 1951, to be replaced by the Fraudulent Mediums Act which itself was only repealed in 2008.

Fortunately we now live in accepting times. As well as giving readings, and addressing gatherings, Mediums may also hold small meetings in social groups called circles whose objectives may be to both learn more about the Spirit World and seek to make contact with the dead. This provides the basis for Barbara’s book. It relates her experiences with a circle and the presence of a Spirit Guide called Daniel who provides insights into the Spirit World. By doing so she seeks to offer; “ comfort to those of you who have reached, or who are reaching, their mature years and are wondering what lies beyond this existence. And to those who have lost someone, perhaps it will bring reassurance and peace of mind.”

Initially her relationship with Daniel is one to one, but she then introduces him to her circle meetings affording a greater opportunity for discourse and debate. This in turn provides a platform for familiar and less familiar monologues on life and law, not dissimilar to Kahil Gibran’s The Prophet. Reincarnation and karma are dealt with in familiar fashion, but the explanation of why incest and birth disabilities occur is controversial and will polarise opinions further. Dozens of topics are covered from the conventional such as Free Will and survival, to the less obvious like sex in the spirit world and the murder of a Leeds United supporter in Istanbul.

Although quite a long book at around 420 pages, it is well divided by topic and chapter, making it easy to follow and digest. I suspect that doubters will not be won over, but that believers will have their appetites whetted. What Cedar Around the World does offer is a fascinating raw, honest, first person account of a 21st Century Medium which will engage and enthral all, as it may divide some. Available from Amazon.

Barbara Bridgford is a spiritual medium with a considerable following in the Midlands, she has produced a number of books on her spiritual work, but this is her first collection of poetry. I was curious as to whether her spirit work would significantly slant her poetry. It doesn’t, instead, leaving a confident and impressive first collection which stands on its own two feet.
It is arranged by alphabetical title, rather than theme. The poems themselves are a mix of free verse, regular, and irregular rhymes. Consequentially, the collection demands to be considered as a whole. The opening and closing poems are an accident of letter, rather than a qualitative decision, or statement of intent or closure. Nature love and loss predominate. Barbara is at her best telling simple tales well. Pillow Talk, a love conversation between an elderly couple is affecting, I Wish, sensual.
She lives on the border of Staffordshire and Derbyshire, and the beauty of her natural surroundings is well illustrated in her nature poems.
The Gravel Pit (extract)
Eerie cold, crisp, crunchy gravel pit,
tall trees shivering and towering high over my winter
walk of beauty, ice and snow nipping toes, fingers,
ducks and all who stop. Slippery, sliding icy patches,
there to catch, amongst the natural scene of nature’s
Wealth
What is interesting about this collection is how diverse it is. Some poems are in rhyming couplets, others, like the above, offer internal rhyme, irregular line breaks and irregular capitalization, requiring more thought, and reflection.
Some forty six poems in total this is a satisfying and vibrant collection which reaches out beyond the niche poetry readership to a broader constituency and is available from Amazon