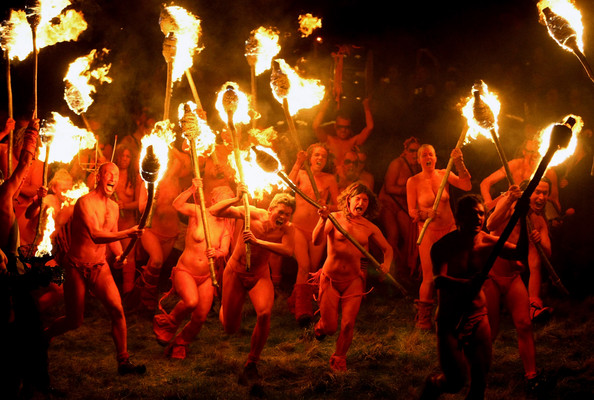 I am thrilled to be exhibiting, and speaking at, the Beltane Festival, Matlock on Saturday 27/4/18, Imperial Rooms, Imperial Road,Matlock,DE4 3NL,Opening Times,10am – 5pm, Admission Free.

Not only will I be exhibiting at a stand, selling my book “Exploring Past Lives” and promoting my October Pagan Retreat in the National Forest, I am also delivering a talk o the day about the Runes, a fascinating topic which I will barely be able to scratch the surface of in under thirty minutes, our allotted time. You can also book a past life regression with me at a future date to suit you.

The hall is modest in size, but welcoming, and I have had a word with Norse god Freyr about sorting out the weather, and giving us some sunshine on the day in this delightful Derbyshire town in the Peaks.

So what is Beltane?
This festival is a living, dynamic reinterpretation and modernisation of an ancient Iron Age Celtic ritual and is the largest of its kind. Having been resurrected as a practice in 1988 it has become a central focus for the Pagan community, bringing many people together to acknowledge and revel in the birth of the Summer and the fertility of the land. It is important to note that the purpose of this festival is not to recreate ancient practices, but to continue in the spirit of our ancient forebears and create our own connection to the cycles of nature.

One of the four quarter day festivals, Beltane allows members of communities come together to celebrate the return of the summer. The observance of this hugely important time in the turning of the wheel of the year is characterised by a celebration of the return of the fertility of the land and would have been a time when livestock would have been put out to pasture. The word ‘Beltane’ roughly translates as ‘bright fire’ and, as such, one of the most important rituals, which survives today in the modern festival, concerns the lighting of the Beltane bonfire.

Fire was seen as a purifier and healer and would have been walked around and danced/jumped over by the members of the community. Farmers would also have driven their cattle between bonfires to cleanse and protect them before being put out into the fields.

In ancient communities, all hearth fires would have been extinguished and a new neid fire lit which would have then been used to relight people’s hearths in their own homes. In this way the community was connected to each other by the sacred fire which was central to all. The festival would also have been a time of courtship rituals and a celebration of our own fertility!

The important point to note when thinking about this own festival is the joy and the revelry that is fostered in the ritual. It is about casting off the darkness and celebrating the light. It is a time for celebrating fertility, both in the context of our biological functions as well as our own creative energies, the fertility of our creative community.

Historical background
The modern Beltane Fire Festival is inspired by the ancient Gaelic festival of Beltane which began on the evening before 1 May and marked the beginning of summer. The modern festival was started in 1988 by a small group of enthusiasts including the musical collective Test Dept, with academic support from the School of Scottish Studies at the University of Edinburgh.

While the festival draws on a variety of historical, mythological and literary influences, the organisers do not claim it to be anything other than a modern celebration of Beltane, evolving with its participants.

The biggest festival takes place on Calton Hill, Edinburgh. It is a procession, which starts at the National Monument (know to Beltaners as the Acropolis) and proceeds anti-clockwise around the path meeting various groups along the way. The procession is driven by the beat of drums which urge it inexorably towards summer. At the procession’s head is the May Queen and the Green Man, followed by a cavalcade of characters who are intrinsically linked to them and their journey.

Their destination is punctuated by various groups who either help or hinder their progress towards the Green Man’s fate and the May Queen’s destiny.

After a dramatic stage performance signifying the inception of summer the May Queen and Green Man spark the birth of summer by lighting a huge bonfire. The performance then moves into its community phase. All the participants congregate in a place called the Bower.

From here the finishing movements of the festival are played out in a dance of reds and whites. This is also where the home comforts of warmth, food and drink are provided to the tired and often very cold performers and crew. The boundaries between performers and audience then fades and the festival, performers, music and audience drift off into the night, taking away the memories of a unique and special event.

While Arthur’s Seat was, in times past, the location for Beltane celebrations, at the time of the planning of the new Beltane Festival in Scotland a location was needed that was more accessible and central, while still maintaining an association with nature and the environment.

Calton Hill also at that time had a bad reputation relating to sex and drugs and was a ‘no go’ area of the city, and part of the aim was to ‘reclaim’ that space for the local community through our celebrations.

That Calton Hill is now a popular park for all Edinburgh residents as well as tourists is evidence of the positive influence that the festival has had on this picturesque space.

With thanks to the Beltane Fire Festival who provided the background information:
Essential Info

Perhaps you have memories of Beltane or pagan time. Memories of being a witch or being the evil persecutor. These may be from a past life experience. To book a past life regression session contact jane-0sbornembs@outlook.com