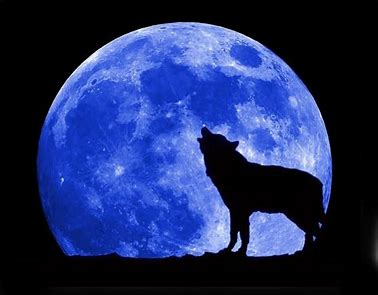 January 2nd has brought us the first and largest Super moon of the year as the Moon is in Perigee, its closest approach to the earth.

This Oak Moon completed the lunar cycle for the Celts and honoured the triumph of the Oak King over the Holly King at the Winter Solstice.

On the 4th, the Quandrantids meteor shower crossed our night skies, its effects visible for two days.

Both Mars and Jupiter were visible in the early morning sky around 3.30am from the 7th to around mid-month.

The 17th brought us the new Wolf Moon, a time of abstinence and suspension after the dark time, for the ancestors knew that the worst of the winter was yet to come.

Finally, we have that rare event of what many people refer to as ‘The Blue Moon’.

The 31st January brings us the second full moon of this calendar month as well as a total lunar eclipse.

The eclipse will not be visible from the UK, although its effects will still be felt energetically.

It is a time of co-operation, of finding a way to work together, rather than tearing each other apart.

The moon can sometimes appear reddish, especially during eclipses. But what we call a “Blue Moon” has nothing to do with its colour. Normally there are 12 fully lit, or full, moons per year.

Thought to be called “blue” after an old English term meaning “betrayer,” a Blue Moon is an extra full moon that occurs in that span, due to a quirk of the calendar.

On occasions where there are four full moons in a season instead of three, the third of the full moons is traditionally called a Blue Moon.

A Blue Moon happens on average about once every 2.7 years.

Occasionally two full moons will fall within the same month. The second full moon is also often called a Blue Moon, but this is not the term’s original meaning.