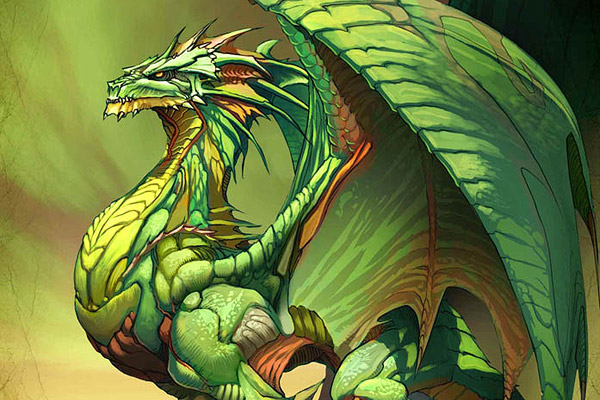 The client reported a large dark mass in front of her. Stepping back from the shadows of the mass she found herself standing in front of a large purple and black dragon with spikes as a mane. Connecting on a spiritual level with the dragon he bestowed a message of strength, linking it to the energy of fire. The message came loud and clear, not to be afraid, now or in the future but to go with what is.

The dragon, with a wink from his yellow eyes, beckoned her to climb astride his back, to take a journey of self-discovery and adventure. They travelled over mountains and water, which reflected the night sky. This gave her a great sense of freedom.

without warning the dragon dived under water. Bracing herself, with her eyes closed, she sunk deeper and deeper the dragon communicated to her to be calm and trust, he was her protector and guide. He was to take her to her deepest memories to show her how far she had come and the great things she had achieved throughout her life’s tasks.

When she opened her eyes the scene before her was one of angry men with wooden forks shouting and jeering. Expanding her viewpoint, the situation unfolded, detached from emotion she continued in a low tone, “I’m on the fire, they are burning me as a witch, I am beyond feeling the heat and pain, my mind is cold and calm as I prepare to go back to spirit”.

A right light appeared, then a flash as she soured into space, riding space and time, leaving the harsh world of planet earth for another. She travelled through many galaxies, far far away from earth, beyond what we know to a constellation of stars.

“I come from this place”. An old man appeared as a father figure in a silver spiky costume, he had no face and as soon as she was greeted by him, he began to melt away before her eyes. A split-second message that there was more to life than earth and to trust her intuition.

Closing that scene, we travelled timelines to a life in the jungle with the Mayan Inka tribe. She was female in this life and spoke of the sacrifices being made, that of the people, mainly women and children.

“I have escaped sacrifice before in this jungle”, she went on, this time they spear me in the shoulder as I run but I escape and heal. My role was to reject the status quo of the masses who ruled with fear. I did not believe I needed to be killed to exist in their world or another”. We closed the scene and move forward to another life.

A dark forest setting of autumnal change, deep within the woodland she travelled, as if floating above the gnarled swaying branches, which were drawing her down and towards a heavy trunk, which splayed out its roots like the claws of a crow. Entering the trunk from a hollow, there stood before her a merlin dressed in a dark musky heavy cloak, his beard almost to his knees as he stirred the Cauldon.

“He wants me to look in and follow the twirls and as I stare at them, they manifest change. He’s making me a potion that fills me with energy, on drinking, it expands my consciousness beyond anything I can describe. It allows me to communicate with universal knowledge and the message it brings is that I will not be bent for who I am. I am complete and done here, I am moving on.”

As an observer of the scene my client described the conditions of slavery in America. Again, she was female, again she reused to be bent. In that time period she found herself fighting against societies acceptance that women were chattels to be manipulated and downtrodden by man. Her husband, a plantation owner, was not only short and ugly, with the face of a pig, but brutal to the core, regularly beating her, trying to break her spirit but she was made of steel. The man had no bearing on anyone in this life and she bore no children.

The constant theme throughout those lives was that, in every life she could see beyond what was put before her. She had a great sense of wrong, but in those lives, although strong in will, it was the wrong time to protest. Things have moved forward now.

In most lives she was killed because society feared her strength and she refused to accept their boundaries.

Moving on to our last scene of the session she found herself swirling and dancing with song around an open fire, chuckling with friends, they were the ladies of the night. Soul sisters, a pact of charmed and enchanted feminine joy, their purpose to celebrate life and bring love into what was otherwise a cruel and treacherous time. She felt safe, respected for her role and equal, their profession was to be admired for the distractions it provided from reality.

Men came to seek pleasure, they were known as the girls of joy (interestingly her middle name in this life was Joy). One particular man used to seek her out, he was a high-ranking seafarer from a trade ship. He was tall, with light brown hair and the strength of a lion, his features weathered by the storms of sea and battle, which were carved into his leather skin.

“He hasn’t arrived yet, he is the one I am looking for today, we agreed to wait”. I enquired his whereabouts “he is in England and will be coming soon. When I see him, I won’t question it, it will just be.”

At the end of a regression I ask to speak with the Inner Self and conduct a body scan to highlight areas I can work on to release old memories that no longer serve.

Unsurprising her Inner Self was called Joy and she spoke of many lifetimes with her soul pushing the boundaries. The information Joy brought forward was of old energy in the front of her client’s head near her third eye, blocking her vision, it was an imprint of hurt from a past life. We released the energy to the universe. Joy asked that we fill the space with the intentions from Peter “he is on his way, the light of new energy will draw his attention”.

The message from Joy was of freedom, that she was a strong soul who had reached many of her goals and it was now time to reward her for her strength and abilities. There was much to look forward to in the future.