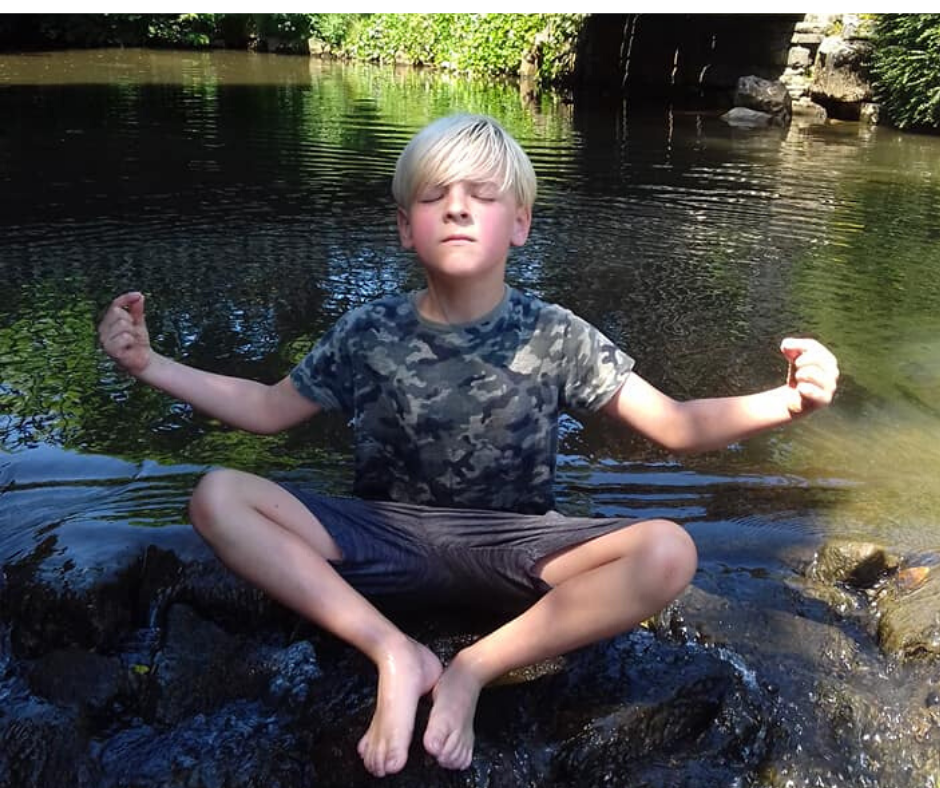 As an active grandparent in the lives of my seven grandchildren under nine years old I was naturally concerned for them when lockdown was announced. Between them they brought various degrees of stress to the table.

Children absorb information around them like little sponges, soaking up adult conversations, sensing stress within the family unit and wondering just how they are to fit into the chaos. While their parents were reassuring them that everything would be alright, they went to bed with a “knowing” this was a completely new experience for them and one that brought fear to their dream time. 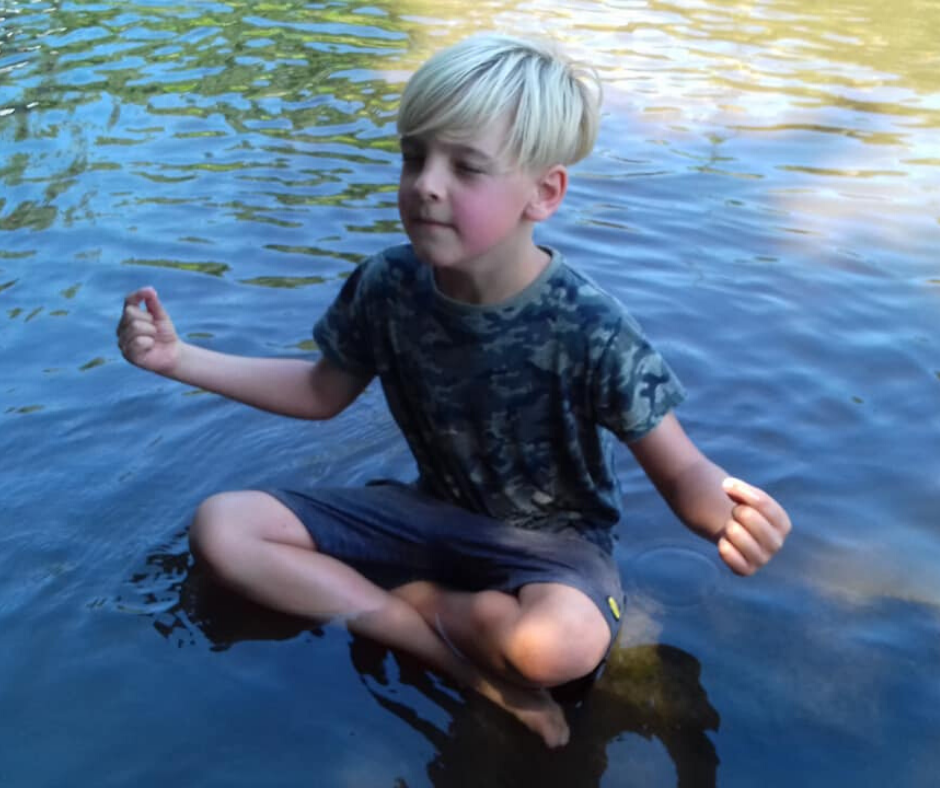 I decided to focus on their mental health as it was more important than their academic life, which had changed dramatically from seeing their friends in school to juggling a programme of Sea Saw on line learning lessons at home. Managing three young children of eight, six and two at the kitchen table on laptops was a challenge I had not faced and one that filled me with dread.

As one child was studious the two-year-old would need attention and the child in the middle sat on his chair sad and confused, the distractions were impossible. Their anxiety rates were increasing, and the happy family unit was spiralling downwards with tears of frustration and lack of routine.

Eight-year-old Harry feared the worse explaining “even in the war children went to school and that was bad, so this must be ten times worse. Are we all going to die?”

It was then I decided to do what I could with what I had on that day and took their schooling outdoors. We learned about and explored nature, constructing bug hotels, hedgehog dens and being mindful of our surroundings. The fresh air did them good and the exercise was just what they needed.

I took them to The Roaches just outside Leek in Staffordshire with a lunch back pack to climb the boulders and cliffs where they discovered Kestrels were nesting in the crevices of the cliff face, their chicks squawking as the parents flew in and out with food. It was such an exciting time for them, and I was thrilled that we managed to capture the moment.

As we sat with our lunch, I googled all about the birds of prey and their habitat from my mobile phone and made it part of our lesson plan as we sat on the grass. They said it was one of the best days they ever had.

We went out exploring most days from then on with food and spare clothes, for walks in the countryside, climbing rocks, paddling in the stream, balancing their little feet over the steppingstones by the brook was a cherished experience.

Learning to consciously shift their attention from the negative and focus on the NOW improved their moods and anxiety levels, it increased their self esteem and brought about a calmness.

I spent time drawing their attention to the particularly important thing of doing nothing. At first, they did not understand but would follow my instruction to relax and to close their eyes and face the sun. To sense the wind on their face, listen to the different sounds of bird songs and the water gurgling over the pebbles in the stream, feeling the heat of the sun on their face and breathing a little slower each time.

Looking after three young children is never easy. My focus was directed at the youngest and eldest for a few moments. I then glanced up and realised the middle child, six-year-old Jacob was not with us. My heart sank, my heartbeat raced as I wondered where he could be. Frantically I looked around and to my astonishment and surprise I saw him soon enough. Running up a hill? Clambering over a boulder? Paddling in the shallow stream? No, none of these things. Instead I saw him sitting on a rock in the middle of the stream in the lotus position, hands out stretched, eyes closed, the face glowing as the warm summer rays caressed his skin and the gentle flow of the stream pulsed against his bare feet.  He was at one with nature, he was at one with the world, he was at one with himself.

Allowing them to “just be” in nature and explore and express their own emotions is an achievement I am proud of. 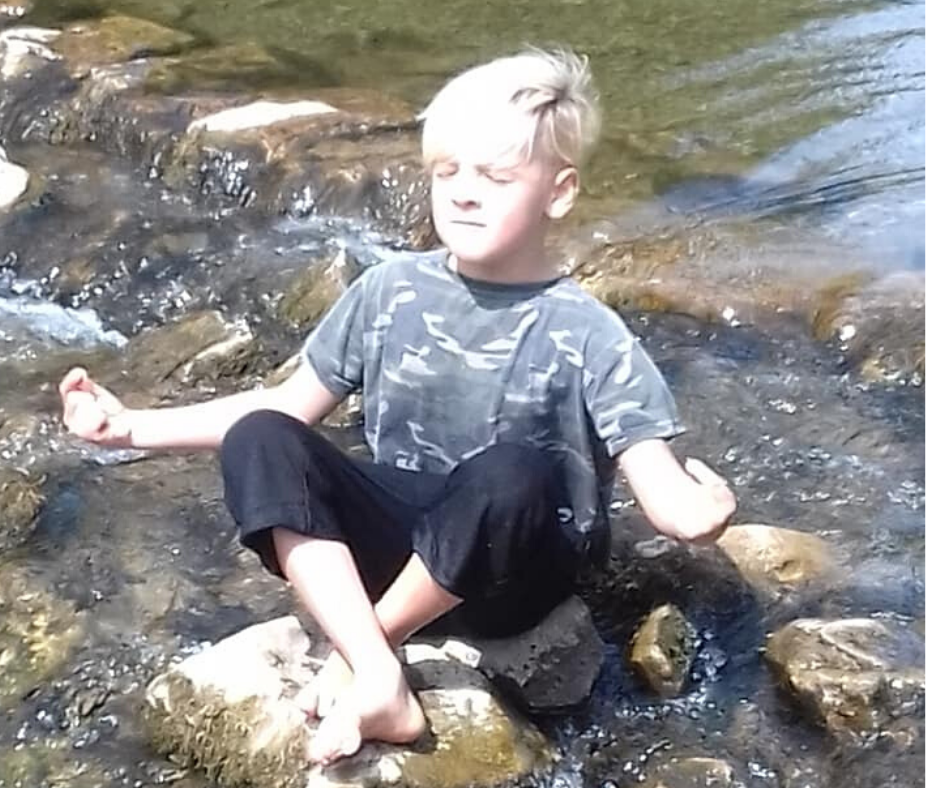