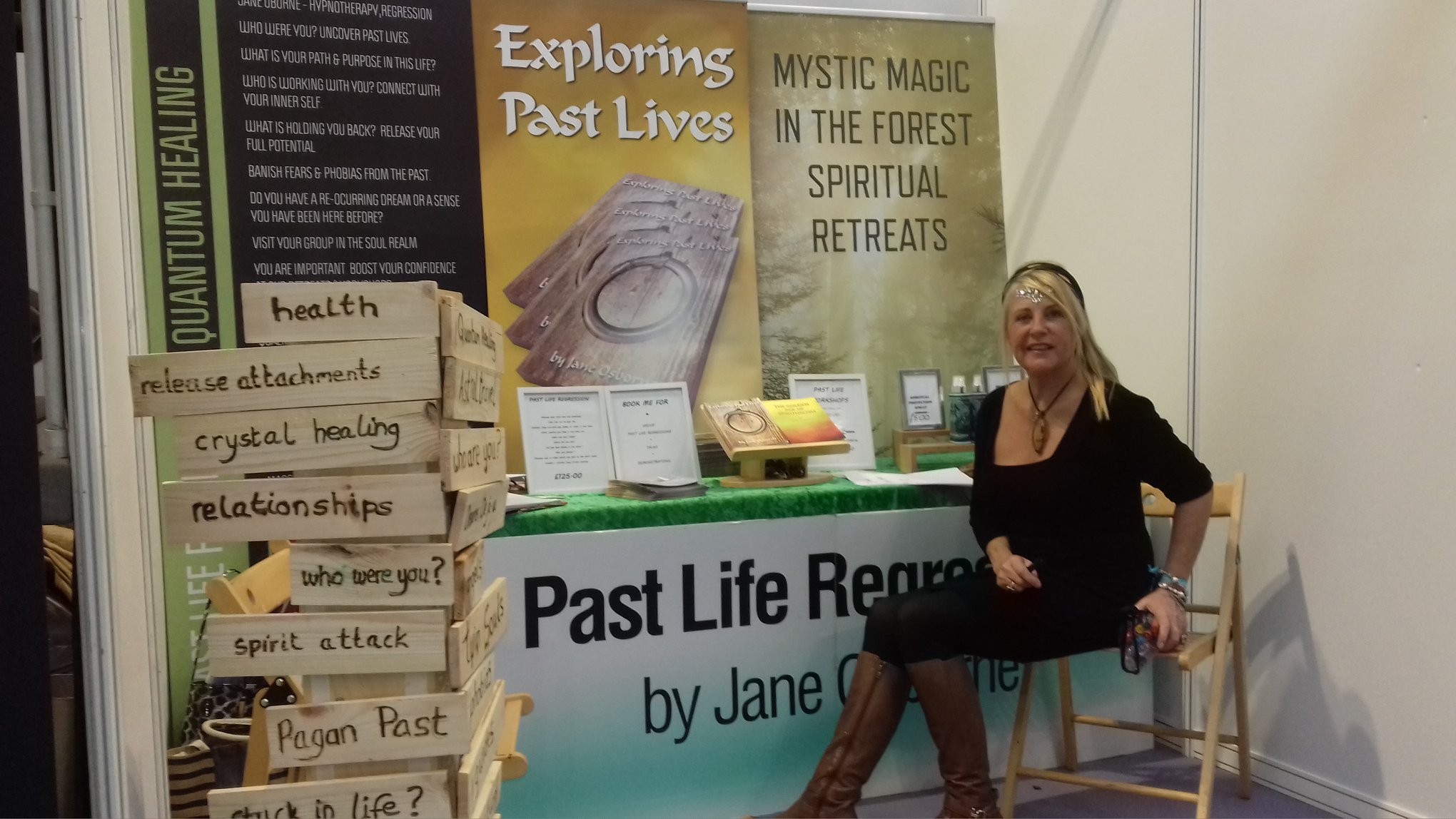 I have had numerous enquiries from within the MBS community about my experiences of exhibiting at the above event. Rather than reply individually I thought that I would do a blog to both reply to one and all, and, gather my thoughts.

I have   been exhibiting seriously at MBS/ Well Being shows as a Past Life Regressionist for around three years now, although I have worked as a Regressionist for far longer. One of my earliest forays into the exhibition world was working with Paul Williamson, a Past life Regressionist, based in Australia, at Olympia, London, a show run by the same organisers as this event.

The Well Being Exhibition market is certainly in a state of flux at the moment for reasons that are well documented. Amongst the foremost issues are online sales for retail goods, competition from associated fairs and festivals whose propositions overlay Well Being, and a rise in standards and customer expectations across the shows and festivals market.

It is expensive to exhibit. Just over £1000 for three days. It is exhausting, 10am – 6pm Friday and Saturday, 10am – 5pm Sunday. It is tiring. A chair is essential, as is comfortable footwear. Set up is on Thursday. We were lucky living just three quarters of an hour from the NEC. But for those based further afield, by far the majority, there is overnight accommodation to pay for, which including food is another £100 a night. Spiritual retreats were being sold for £2700 ( mine are a bargain £345 !), customised kettle drums for £1400. The stakes are high.

It is also expensive for visitors. £15 entry ( varies), £16 park ( on the day). A bit of petrol to travel there, and it is £50 for a couple just to go through the doors. This has two direct consequences. The clientele are affluent, you have to be to afford £50 just to arrive. They stay all day to squeeze full value out of their up- front investment.

Visitor traffic was measured in the several thousands a day. The seats and rest areas soon filled up. Pleasingly, the profile of visitor was noticeably younger than at normal Well Being shows. I would say that 40 % were under forty years old, with more men too than usual.

There was much that I liked. The performance stage for music, mantra and song attracted big crowds. Bespoke marquees hosted Buddhist gatherings, Chill Out Zones, drumming and talks. There were hundreds of stalls offering variety to match. The idea of putting all the Mediums in one place, in one open marquee, with a central booking point, worked well. It was a delight to find old friends Kassee and Richard at their Shungite Jewellery stand, Stephanie King and Flavia Kate Peters and Barbara Micklejohn- Free, the latter of whom can be seen on stage below.

Talks and workshops are a thorny subject at Well Being shows. Here, the numbers were dramatically pared back to around eight a day with a flat £15 a head charge from which the speaker took a cut. There were some free talks in performance tents, but not many, and with limited capacity, always full. The paid talks were well attended, the floor was not denuded of visitors by a plethora of talks, and the more popular speakers were handsomely rewarded.

It was a delight to also have a decent range of food with juice bars, coffee bars, fresh pizza ovens, vegan, vegetarian, and fresh meat options, tellingly many retired to the on- site pub with food too. Why so many other Well Being shows deny their customers a glass of wine, and restrict food choices, eludes me.

Downsides? The hall was by no means full of stalls, I estimate that around 20% was screened off. Although the standard of stalls was high, there was no anchor stall, no large sound bath, no large aura photography stand, which in the past have dominated this show.

Overall, it was a fine show, very well organised. Thanks to Gary Longden who stood with me on Friday and Sunday, and Lynn Broomfield who helped on Saturday. Will we be back next year? Yes.