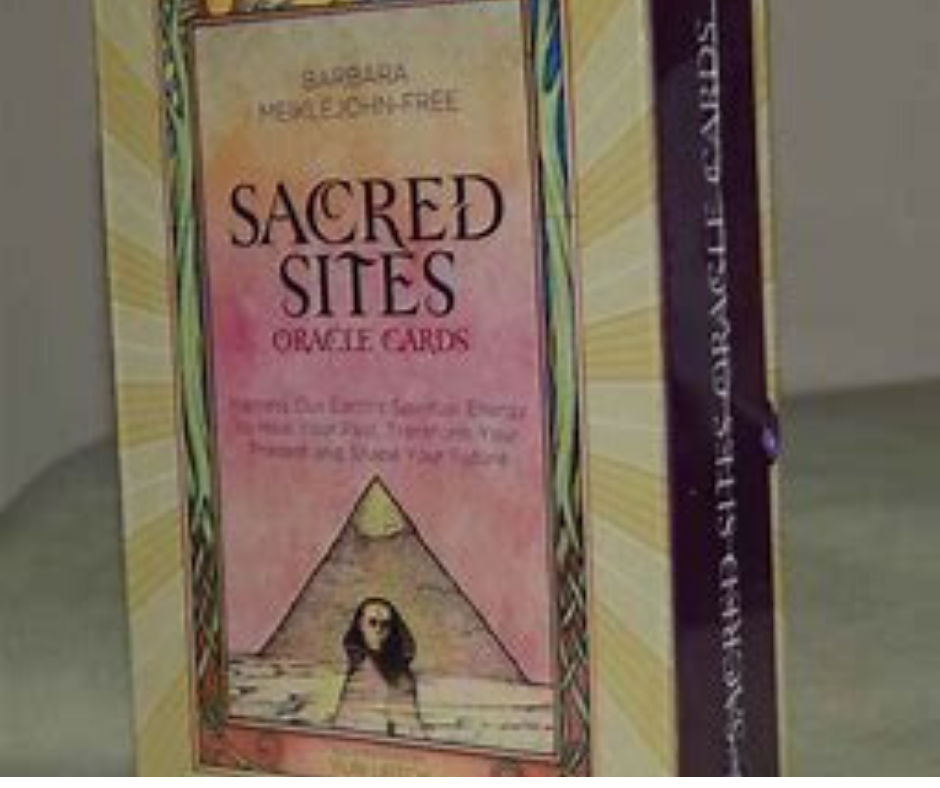 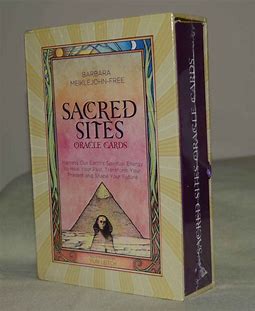 I read Past Lives Tarot cards. My own deck was created by Doreen Virtue and Brian Weiss. I read them intuitively. They have no specific independent meaning. They are simply a bridge between myself and the client. I have dabbled with using other cards, but never entirely satisfactorily. That deck simply works for me, and my clients.

When I chanced upon the “Sacred Sites” deck by Barbara Micklejohn Free and Flavia Kate Peters in their shop in Buxton, Arnemetia I sensed that I may have found a companion Past Lives deck. I was right.

Past Lives is an all- embracing umbrella term. It takes in reincarnation, universal knowledge and animism. Many friends, associates, and acquaintances are initially sceptical of the ideas, but when explored more fully, their interest invariably increases, rather than decreases.

I liked the idea of Sacred Sites. Landscapes fascinate me. How some landscapes that we have never seen before can seem familiar, reassuring, or threatening. Their mere appearance seemingly portentous.

They feature strongly when I conduct past life readings.

Four years ago I visited the Callanish Stones on Lewis in the Outer Hebrides. It was a profoundly spiritual experience. Not only did the standing stones cast a spell, but crucially, the landscape around is wholly undeveloped and unpopulated.

What I was seeing was what the people who built the stones saw. No-one knows exactly why they were built, when they were built (probably around 5000 years ago), or what they were for. That only added to the sense of place and mystery. A mystery coloured by numerous myths and legends.

One of our deepest needs is for a sense of identity and belonging. We can find that identity in landscape and place. How many times have you heard someone say “I belong here”?

Landscape therefore is not simply what we see, but a way of seeing: we see it with our eye, but interpret it with our mind and ascribe values to landscape for intangible – spiritual – reasons.

Landscape should not be looked on as simply a pretty picture: rather it is part of a process by which identities are formed.

The connections, therefore, between landscape, identity, memory, thought, and comprehension, are fundamental to our understanding of landscape and a human sense of place.
But memory of landscape is not always associated with pleasure. It can be associated sometimes with loss, with pain, with social fracture and a sense of belonging lost, although the memory remains. The Welsh have a word, hiraeth, for which there is no direct English equivalent. It is used to describe a sense of homesickness and nostalgia for a place, experienced as an earnest longing or desire, tinged with a sense of regret of not being in that place. The Cornish and Breton equivalents are ‘hireth’ and ‘hiraezh’. How such a wonderful word does not exist in modern English I do not know.

The past lives on in art and memory, it shifts and changes as the present throws its shadow backwards. Landscape also changes , but far more slowly; it is a living link between what we were, and what we have become. This is one of the reasons why we feel such profound anguish when a loved landscape is altered out of recognition; we lose not only a place, but ourselves, a continuity between the shifting phases of our life.

Landscapes are the repository of intangible values and human meanings that nurture our very existence. This is why landscape, and memory, are inseparable, because landscape is the nerve centre of our personal and collective memories.

We are familiar with relic and fossil landscapes. But cultural landscapes are living landscapes where changes over time result in a montage effect in front of our eyes, or a series of vertical layers, each layer able to tell the human story and relationships between people, and natural processes. Photography and film, in the past paintings best reflect that.

I am very fond of the Heights of Abraham , Matlock, Derbyshire, hills which have been mined for 2000 years and worked methodically since Roman times. When you visit there, you also visit the history of England. Landscape and identity are inherent components of our culture.

A few years ago I visited Welshpool castle with my young grandchildren, the youngest, Jacob, of whom was three. Three is an interesting age, a child is relatively articulate, but unable to read or be influenced by the media. They say what they see and experience. Children love castles, they are big, physical places to be enjoyed, and explored, combining open spaces with mysterious nooks and crannies. Jacob was loving it, until we began to enter a hall which looked no different from any other we had visited before. He scampered up me, holding me around my neck, pressed tight .

“I am not going in there,” he declared.

I gave him to my partner, and ventured inside. It featured displays of torture and punishment from the dungeons. He had no possible way of knowing this – yet he knew.

This demonstrates that a sense of landscapes, and buildings, holding memories is with us from a very early age. It was described by Sir Edward Tylor as animism in 1871, who recognised it as one of anthropology’s earliest concepts, a belief found in tribes and ancient civilisations around the world.

So, do landscapes have memories?

They certainly hold the memories of what has gone before. The rocks in their strata, the soil in its layers, the polar ice in its water content. When we remember past lives, past landscapes are an essential part of that. Often providing a connection between the past, and the present.

The deck comprises some fifty- three cards, loosely divided into North, South East and West, each with their own spiritual bias. I have physically visited several of these locations. What surprised me was that the companion notes for those sites I knew, or thought I knew, each offered new information and guidance. It has been meticulously researched. The card artwork is eclectic, laden with meaning, and divided into three sectors, or worlds. The lower represents the past, the middle the present, the upper the future. Each is rich in meaning and guidance. 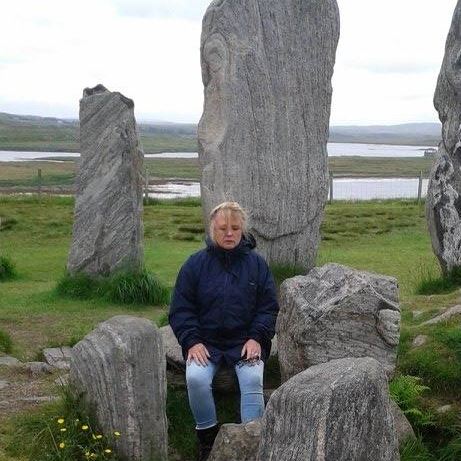 Past Life Regressionist Jane Osborne at the Callanish Stones, Isle of Lewis

For the reader the cards are multifunctional. Firstly, they facilitate a past present and future reading. But secondly, they offer inspiration for site visits with the potential for some cards to have a particular calling. By splitting the deck to incorporate only the geographical area, North perhaps if you are British, of the client, the chances of them being able to visit that site are also increased. In the UK, Stonehenge, Glastonbury and the Callanish Stones are included as well as several European sites including the Vatican and Mont St- Michel. 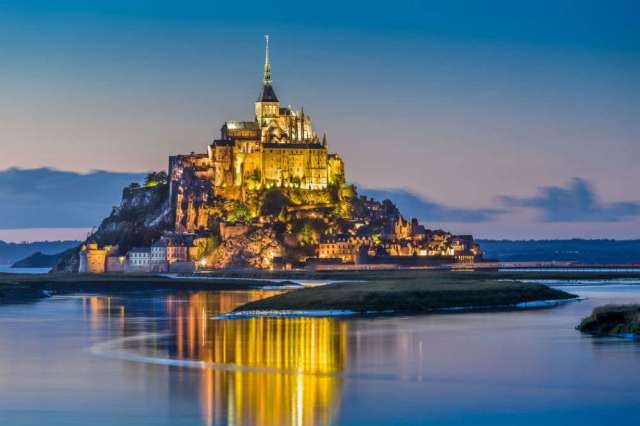 I found that they worked particularly well in conjunction with the Doreen Virtue Past Lives Oracle cards and highly recommend this deck not only for its beautiful presentation, art work, and spiritual integrity, but also for the unusually well written companion notes.

I came across this interesting piece by Rob Smolinski about a concept called “Total Lives”. There are many...