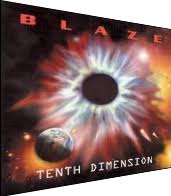 The Tenth Dimension is a conscious entity – a Universe. The vertical axis that aligns the previous nine dimensions. It is the shaman’s world tree, the Qabalistic Tree of Life, and the spine running through the dimensions.

It is not a Universe of form. Form begins at the Ninth Dimension. Through the eyes of form, a universe is born, develops, matures, and dies. This cycle marks a Cosmic Day.

Numerologically, it is the combination of 1 and 0 representing the union of The Something and The Nothing. This dimension is like the outer shell of the Universe. Beyond it is the void.

From an eleventh Dimensional perspective, we can see billions of these shells blazing in the Nothingness of The Void.. Tenth dimensional beings are the pure mixtures of the Great Yin and Yang.

Like “cosmic DNA”, the Universe contains the entire blueprint of what is to unfold during its lifetime as you contain its Holographic duplicate within your physical body. This DNA has both magnetic and active aspects. In its Magnetic State it is the Divine Plan…The What Will Be. Actively, it is the Force of Evolution that propels the Divine Plan to completion.

The Tenth Dimension is the Living Truth and is the Light that is within everything. It is where our Spirit comes into existence and can only enter by guidance and under the guardianship of the Yin principle. From here we can project our consciousness into any form in the Universe. It is the energy of Intention.

Within this shell are progressively smaller shells, each representing a dimension. The hard centre is matter, the Third Dimension.

God number two is Christ Himself, an individualize consciousness of the Tenth Dimension. Jesus said, “The Father and I are one.”

Indeed, tenth-dimensional beings are pure mixtures of the Great Yin and Yang. God number three, The Holy Spirit, is the *unified* field of consciousness of the Tenth Dimension.  Christ is just one of the billions upon billions of beings who comprise this dimension/entity.

So, there it is – three Gods in One. Like “cosmic DNA,” the Universe contains the entire blueprint of what is to unfold during its lifetime.

The Christ is a Tenth Dimensional being who had projected His consciousness into a human form. It was not a metaphor when He said, “I am the Truth, the Light, and the Way.” The Tenth Dimension is the Living Truth.

It is also the Light that which is in everything. Finally, it is the Way home, back to the Creator.

All Beings – all points of Consciousness – have a tenth dimensional aspect. The Tenth Dimension is where our spirit comes into existence. From here, we can project our consciousness into any form in the universe. Like a cascade of consciousness, we can project our awareness into, say, a seventh-dimensional form. From there, we can project into, say, a third-dimensional form.[/cs_text][/cs_column][cs_column fade=”false” fade_animation=”in” fade_animation_offset=”45px” fade_duration=”750″ type=”1/3″ style=”padding: 0px;”][x_image type=”none” src=”https://jane-osborne.com/wp-content/uploads/2018/01/10a.jpg” alt=”” link=”false” href=”#” title=”” target=”” info=”none” info_place=”top” info_trigger=”hover” info_content=””][/cs_column][/cs_row][/cs_section][/cs_content]