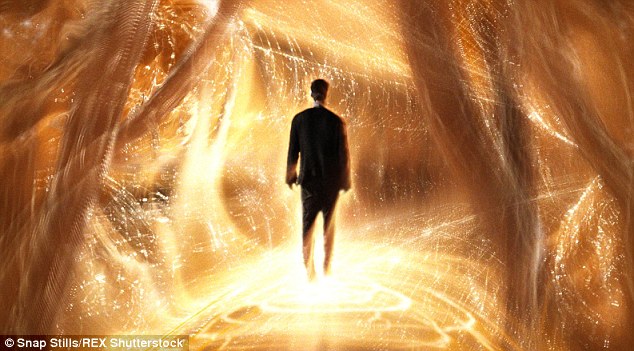 [cs_content][cs_section parallax=”false” style=”margin: 0px;padding: 45px 0px;”][cs_row inner_container=”true” marginless_columns=”false” style=”margin: 0px auto;padding: 0px;”][cs_column bg_color=”hsl(0, 6%, 94%)” fade=”false” fade_animation=”in” fade_animation_offset=”45px” fade_duration=”750″ type=”2/3″ style=”padding: 0px;”][cs_text]Many of us hear of a Third Dimension, a Fifth Dimension and even of Twelve Dimensions. There are numerous views, some of which conflict, on this fascinating subject. The following blogs draw together the various strands of opinion to explore these Dimensions. Make of them, and explore further, as you will.
What is meant by a Dimension?

A Dimension may be regarded as a state of consciousness and a means of organizing different planes of existence. Each dimension has certain sets of laws and principles that are specific to the vibratory frequency of that dimension.

Circular Time Theory states that over a very long period of time things will repeat. There is a link here with the concept of Universal Knowledge, that everyone knows everything, it just has to be rediscovered.

All Human Beings are Multi-Dimensional Beings of Light with a visible dense physical body which some of their Consciousness has been projected into, and have the potential to access the first 5 dimensions.

Usually many of us are comfortable with our awareness being at 3-D level, but by asking our spirit guides for assistance, it is possible to access the 4th dimension, the astral plane or “time”, and the 5th dimension.

The Seventh Dimension – Living Vortexes
As we enter the higher dimensions beyond the sixth, we lose shape and form. The dimensions become more abstract and less easily described in human language.

The seventh dimension is the realm of cosmic sound – not the vibratory patterns that we hear in the physical dimension, but the harmonics of creation. If the principle of Correspondence teaches us that patterns repeat on every level, then this dimension is the higher expression of what we know as sound. This is the sound of creation.

In the study of science of cymatics, terrestrial sound waves are used to create visible forms in sand, dust and jellies. The more complex the sound played through the medium, the more complex is the shape created, including images of sacred geometry.

On this cosmic creative scale, the cosmic-sound dimension creates, or “weaves” together, the structure and reality of our universe. The first step it takes is to form the sacred geometry of the sixth dimension. We are becoming consciousness of our own weaver nature, our own ability to weave the strings, to pluck out the right notes and to change our part of the song of creation, to create the life we want.

Barbara Hand Clow relates the seventh dimensions to the modern superstring theory, which is a model in which all the particles and fundamental forces of the universe are seen as tiny vibrating strings that vibrate at resonant frequencies. In a symbolic sense,  these infinite strings of energy are the “fabric” of reality.

Clow also relates this dimension to the galactic highways of light, looking at a theory on the variable nature of the speed of light. Light moving faster than the accepted speed of light exists in this higher dimension, acting as the connecting threads between galaxies, as information highways of light connecting us all. Seventh-dimensional beings come in many forms. Some appear as swirling ribbons of rainbow-colored energy.
Others look like webs of beautiful, radiant Light. When these mystic, living vortexes project their consciousnesses into third- or fourth-dimensional forms, they continue to “swirl.

”They swirl, however, not only vertically , but horizontally, diagonally, and into the past and future. “Spinning” into the future allows the retrieval of information from that time.
At this level, we do not live on planets. Rather, our “atmosphere” is an intense field of coloured energy. Although we look rather still, we are actually very busy. One of our activities is to explore other dimensions, in service to the Force of Evolution.