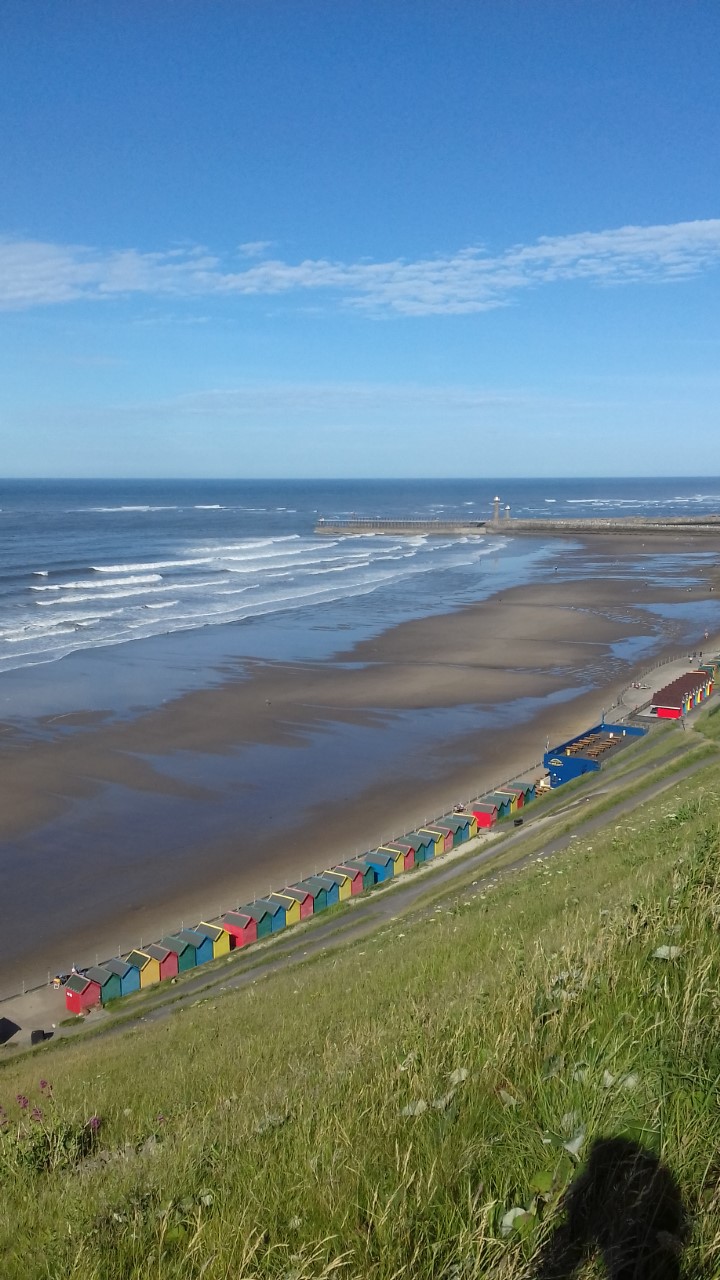 I had never been to Whitby before, but everyone who had, said I should go, so when I saw that White Light Events were holding a two day fair there at the Pavilion it seemed like an excellent opportunity to combine business with pleasure. I was not disappointed.
The drive, while long from Burton at around three and a half hours, was spectacular.

The final stretch from Pickering across the North Yorkshire Moors made it all worthwhile as we headed out into the purple moorland landscape past the Saltersgate public house.

Legend has it that there is the body of a Customs & Excise man buried beneath the fireplace. If the fire in the pub ever goes out, his ghost will come out and haunt the house and its patron- we didn’t stop to find out! The final decent down Blue Bank giving us our first proper glimpse of the coastline was awe inspiring.

The town itself was a delight, with none of the decay which blights so many British seaside towns these days. A prosperous port since the middle ages, herring and whaling have in the past sustained it, and the kippers we had for breakfast were amongst the tastiest my partner Gary had ever tasted.

The ruined Abbey dominates the town, and I enjoyed inspecting the celebrated Whitby Jet stone, popularised by Queen Victoria in modern times.

The setting for Dracula’s first appearance in England and home to one of England’s first recorded poets, Caedmon, the town has an overwhelming sense of place, heightened by the spectacular beach and coastline, often shrouded in a fins spray. No wonder Charles Dickens enjoyed his stay so much.

The Pavilion itself is a modern addition to the 150-year-old Theatre which abuts it. It was a delight to meet Spiritually minded people from places I do not normally reach like, Scarborough, Newcastle, Durham and Carlisle. My talk on the Runes is well practised now, but I delivered a new talk on one of my favourite subjects, The Goddess Movement, on the Sunday.

I decided to dress the part, to feel the part, wearing a garland, full length halter neck backless red dress and fingerless Hindu style lace gloves, (I spared Gary the dress), and to my great pleasure rediscovered that if you believe in something, that belief communicates itself to the audience, and the talk was very well received.
The weekend itself was wonderful communing with like minded exhibitors and visitors, while the sun shone and waves lapped on the beach seen through the giant pavilion porthole windows. Thank you Whitby- we shall be back!